Music to Sleep to: Sleepthief

I'll be writing about how to use music to fall asleep faster and sleep better in a later post. (Music can prevent sleep, but the right music, used in the right way can get you in the express lane to the Land of Nod.) But in case you're already using music as a sleep aid, I wanted to mention one of the best music-to-fall-asleep to songs, Sleepthief's Entre Ciel Et Mer.

Taking multivitamins or B-vitamins before you go to bed can cause a "slightly higher rate of poor or interrupted sleep," according to the New York Times. It's not clear that there's an actual cause and effect when it comes to vitamin pills and sleep, because, as the Times noted, it may be that people who sleep poorly are the ones most likely to take vitamins before going to sleep.

With most things medical there are three risks to self-treating based on unconfirmed study or two, or based on something you read in an article or heard from your friend, Jamie. There are three risks to using what I call Google-based medicine. First, self-treating based on "stuff you've read" can be infective and a waste of money, as with homeopathy. There are lots of scams, quacks and old, broken ideas in medicine and science. That's not really so much of a problem --it's just money down the drain-- as long as it doesn't lead to problem number two: Preventing you from going to a doctor to get an accurate diagnosis of what might be a serious illness. The third problem when it comes to what Google-based medicine is that it can be harmful. The dietary supplement, L-tryptophan, for example, widely used to help people fall asleep, was recalled and banned by the FDA in 1989 because it caused a rare, but fatal, blood disorder in some people.

Back to the issue at hand: How should you act on the skimpy research that indicates that taking a multivitamin or B-vitamin before bed can be bad for sleep?  This question, as with all unproven research about sleep, should be evaluated using the three criteria I just wrote about. These three criteria are a good rule of thumb when it comes to evaluating most, if not all, claims about sleep-helpers, so keep them in mind:

1. Is it a waste of money?
2. Does it prevent you from seeking out a doctor for what might be a serious condition?
3. Could it be dangerous?

When the answer is no to all of these questions, then go ahead use that research. In the case of the possible link between vitamins and sleep, if you take your vitamin pill at night, start taking it in the morning.
Posted by Bill Adler at 2:30 PM 11 comments

Use the Net to Get a Good Night's Sleep 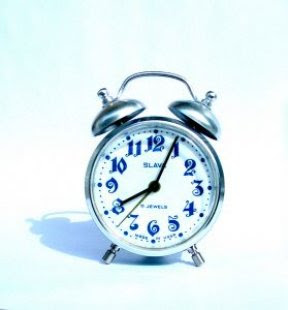 Raise your hand --the one holding the coffee cup-- if you ever have trouble sleeping.

I have good news:  The Internet will rescue everyone who has trouble falling asleep, staying asleep, waking up, or who dreams about term papers and staff meetings instead of Hawaiian beaches.  And I'm not talking about using the Internet to read the Congressional Record online (though that's not a bad idea if you have trouble falling asleep.)  There are some great tools on the net for eliminating what ails your sleep without having to resort to reading the US budget.

Up high on the list of causes for insomnia is noise. Truck backup beeps, car alarms, dogs doing a tap dance on the floor of the apartment above, jets, crows, snoring spouses, smoke detectors that shout "low bat" only between 1am and 6am -- all of these can make it hard to sleep.

My favorite is Simply Noise, which generates pure white noise.  And if you're willing to be a little edgy when it comes to your white noises, give Simply Noise's pink noise generator a whirl. Pink noise sounds different from white noise; pink noise is calibrated more closely to how the human ear hears.

White noise is produced by equal energy on all frequencies, while pink noise comes from equal energy on each octave. Simply Noise also offers brown/red noise, which is...never mind what it is: You'll hear the difference, and you can choose whichever masking sound you like.

If simple sound generators aren't enough for you, there's Sound Sleeping, which puts most store-bought sound generators (even the ones that cost $100 and up) to shame. Sound Sleeping lets you mix a variety of sounds to suit your sleep needs. You can include flute, thunderstorm, bonfire, creek, ocean waves, wind chimes and more. No two nights need be the same.  Another is White Noise 24/7, which, like Sound Sleeping, offers more than just white (or pink or brown) noise.

Nature sounds, in addition to masking outside noises, also make it hard to think about work, money, relationships and other problems that plague our minds as we try to sleep. Try ocean waves, a thunderstorm, crickets or a wind chime, and you'll find it impossible to think about your worries, or anything at all. You'll drift off in the darkness.

Welcome to Quest for Sleep 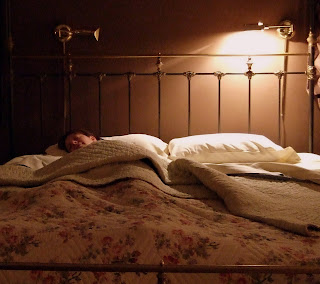 Good morning. Or good evening or afternoon, depending on when you're waking up and stumbling across this website.

It's especially difficult to write the first entry for a blog because that first entry sets the tone and direction for the blog. So I'll be brief with my first post and just tell you a little about Quest for Sleep and myself.

Quest for Sleep is an exploration of sleep and insomnia, with a single destination in mind: a good night's sleep. Just as with travel, there are multiple paths you can take that lead you to a good night's sleep. And also as with travel, the path to sleep that's right for somebody else might not be best for you. Some people like to travel by plane, some by train, still others by car, bus or boat. Holding on to the travel analogy just a little longer, some travelers use commercial aviation; others become pilots themselves, using their own plane to get to where their want to go. And just a moment more for the travel metaphor: The method you once enjoyed may not suit you the next time or may have changed. Air travel, for example, is becoming a less pleasant way to get from here to there. Long distance buses, on the other hand, are being retrofitted with comfy seats and wifi.

I want to hear your sleep stories, too. Please feel free to email me at sleep at fastmail dot net about what's worked for you or what hasn't worked. Let me know how lack of sleep affects you, or how you feel after a good night's sleep. Does light bother you? Sound? Does worry about work or money keep you up at night? Can you only sleep in a narrow temperature range? Do you have to read or watch TV in order to fall asleep? Do you fall asleep quickly but wake easily, or vice versa? You're welcome to comment here, too.

I was having lunch with a writer friend of mine last week who related this story about sleep. He rented a house by the beach for a weekend. One of the people who came along brought her sleep sound machine, a machine that played ocean waves. She had to keep the windows closed to block out the real ocean sound, and turned on her sound machine instead. Everyone has their own path to sleep.

I hope I haven't bored you with this first blog entry.  Or maybe I hope I have because then you'll be able to fall asleep.