Can Melatonin Safely Lull You to Sleep?

The headlines scream warnings about the dangers of supplements. NPR reported on October 15, 2015: “Dietary Supplements Send Thousands To ERs Yearly.” In 1989, the US Food and Drug Administration banned a popular supplement, l-tryptophan, which had been widely used to promote sleep, because it caused tens of thousands of people to become sick. Some died.

But what about melatonin, a popular supplement used to help people sleep? Is that also unsafe? 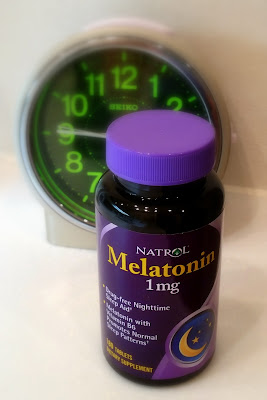 Melatonin is a hormone that's naturally produced by our bodies. As day turns into night and it gets darker our pineal glands make more melatonin, which helps make us sleepy.

But as we age we produce less melatonin, and that can make falling asleep more difficult. Light, especially the kind of blueish light produced by phone, tablet and computers screens can also put a temporary halt to the production of melatonin. When a twenty year old, whose body naturally produces lots of melatonin, lays in bed messaging or playing games on her phone, she is turning herself into a sixty year old person, as far as falling asleep is concerned.

What's the best dose? Melatonin is available in a range of doses, up to 10 mg. Sleep physicians recommend a small dose, 1/2 to 1 mg. While you can't overdose on commercially available melatonin, it's possible that by taking larger doses your body might become inured to melatonin. Melatonin is available in single dose and sustained release tablets. The sustained release tablets may help you if you tend to wake up in the middle of the night, but that's far from clear.


A few clinical studies suggest that, when taken for short periods of time (days to weeks), melatonin is more effective than a placebo in reducing the time it takes to fall asleep, increasing the number of sleeping hours, and boosting daytime alertness.

As with any supplement, buy it from a reputable manufacturer -- a name you've heard before. That's not a guarantee of quality, because supplements aren't regulated in the United States, but a larger manufacturer has more to lose by making mistakes.

Melatonin works quickly, so take it within one hour of when you want to go to sleep. Then turn off your electronics, close your eyes, and look for jumping sheep.
Posted by Bill Adler at 3:55 AM