For a Better Sleep, Think Nature

If you want to sleep better, live near the great outdoors.

Whether it’s a park, golf course, beach or forest, men and persons over 65 years old, who have access to nature, reportedly sleep better, according to a recent study from the University of Illinois study and published in the September issue of  Preventive Medicine. 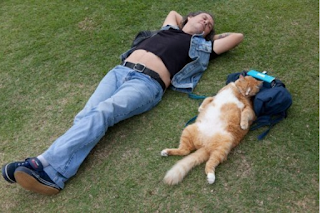 “Studies show that inadequate sleep is associated with declines in mental and physical health, reduced cognitive function, and increased obesity. This new study shows that exposure to a natural environment may help people get the sleep they need,” said Diana Grigsby-Toussaint, a U of I professor of kinesiology and community health and a faculty member in the U of I’s Division of Nutritional Sciences in a university statement.

The study looked at over 255,00 adults to see if there was a relationship between self-reported days of insufficient sleep and access to great space. They also assessed the amount of sunlight for respondents' areas as well because this factors into a persons circadian rhythm and body temperature.

“Across the entire sample, individuals reporting 21 to 29 days of insufficient sleep consistently had lower odds of access to green space and natural amenities compared to those reporting less than one week,” Grigsby-Toussaint said.

The relationship was stronger for men, and males and females 65 and over found nature to be a potent sleep aid.

Why? Grigsby-Toussaint suggested that living near green landscapes is associated with higher levels of physical activity and that exercise in turn predicts beneficial sleep patterns.

And why did men benefit more than woman? She suggested that men appear to take greater advantage of their outdoor resource than women but that the research wasn't definitive on this point.

“If there is a way for persons over 65 to spend time in nature, it would improve the quality of their sleep - and their quality of life - if they did so,” Grigsby-Toussaint said.

Sleep Insufficiency and the Natural Environment: Results from the U.S. Behavioral Risk Factor Surveillance System Survey appears in the September 2015 issue of Preventive Medicine and is available online.