We know why many people have insomnia, but we're not sure how best to manage it.
Notice that I said 'manage' and not 'cure' because scientists are sure that one of the root causes of insomnia is an overabundance of the hormone cortisol also known as the 'stress hormone,' 'arousal hormone' or  the 'fight-or-flight hormone.' We don't want to remove all the cortisol from our bodies, we just want to dial it back. 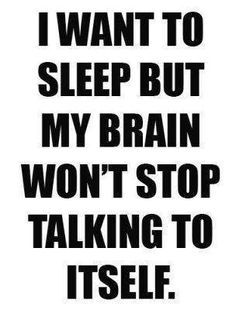 Cortisol is naturally produced in the adrenal gland and is released in response to stress or anxiety. We need it to keep us safe and on guard against danger, but studies show that too much cortisol keeps us up at night, which is why we can't sleep if we're anxious about something (real or imagined) such as a job interview, an important test or fear of a night time prowler. Some folks are just naturally anxious and produce too much cortisol all the time, not just at night. This can lead to chronic insomnia. (Some people may also produce too much cortisol because of other reasons such as a malfunctioning adrenal gland.) Elevated cortisol levels alone cause health problems, such as hypertension and suppressed immunity, although these maladies are often a consequence of not getting enough sleep.

To make matters worse, some studies suggest that  sleep deprivation causes even more cortisol to be produced. This means that if you don't sleep well one night, you won't sleep well the next night and so on. The opposite is also true; sleeping helps reduce cortisol so once you start sleeping well you may continue sleeping well. Insomniacs talk about 'breaking the sleepless cycle' and many enjoy multi-night runs in which they get several solid nights of rest.

The good news is that there are ways to lower cortisol levels. Here are some of them:

1 – By far the most important method to reduce cortisol is relaxing techniques such as meditation and deep breathing which reduce stress and thus cortisol levels. The late Dr. Andrew Weil came up with his '4-7-8 breathing' technique that works for many people by quieting the body and mind. Here's a video of how to do this simple technique. Anything else that relaxes you – listening to music, reading a book – is the way to go.

2 – Reduce caffeine. Some studies suggest that caffeine keeps us up because it increases cortisol. Intuitively, we know this to be true, however, if you just grab a cup or two of joe during the day, the effect may be minimal. On the other hand, drinking caffeinated beverages at night or  downing drink a ton of coffee, tea or soft drinks during the day, may put you over the limit. Bottom line: no caffeine before bedtime and cut back during the day if you're a heavy caffeinater.

4 – Lower stress levels with supplements. This is a tricky area because research is thin and dosing amounts are unclear. However, since taking these in moderate amounts won't cause any harm, give some of them a shot: B vitamins, calcium, magnesium, chromium, zinc and antioxidants like Vitamin C and Co Q 10. Sounds like a daily multi-vitamin might be worth a try.

6 – Finally, don’t worry about insomnia. This is easier said than done because people with insomnia hit the pillow with a certain amount of dread, terrified that they won't get to sleep and  they worry about being a walking zombie at work or school the next day. This builds anxiety, stress and increases cortisol which thwarts a good night's rest. Anything you can do to stop worrying about not sleeping will, in turn, help you sleep better.