How a Week of Camping Resets the Body Clock

One week of camping outdoors and eschewing all man-made light is enough to reset a person’s body clock to its natural sleep rhythms, a new study has found.

Our increased use of electrical light, and reduced exposure to natural light, caused modern humans to stray from our natural circadian rhythms or sleep patterns, and may be a contributor to poor quality sleep. 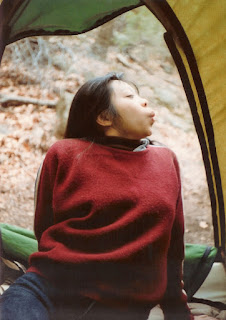 Relying on electrical light after sunset contributes to late sleep schedules, which disturbs natural circadian rhythms and can leave us feeling not well rested.

The new study, conducted by Dr. Kenneth Wright and colleagues from the University of Colorado in the US, found that increased exposure to sunlight, as opposed to largely relying on electric light, shifted the internal clock earlier, which could help reduce the “physiological, cognitive and health consequences of circadian disruption.”

The study ran for two weeks, and included eight participants (six men, two women) who had a mean age of 30.3 years. For the first week, participants were encouraged to perform their daily routines of work, school, social activities and self-selected sleep schedules. For the second week, participants camped in tents outdoors with only natural light and campfires. Torches or personal electronic devices were banned. The participants' internal circadian timing was recorded and compared for both weeks of the experiment. The study was conducted in the Rocky Mountains, Colorado, in July.

After a week of exposure to only natural light, our internal circadian clocks align with solar time, the study found. In other words, our internal biological night begins at sunset, and ends when we wake just after sunrise.

“After exposure to natural light, we found the timing of the circadian clock to be approximately two hours earlier and [sleep-promoting hormone] melatonin offset to occur more than 50 minutes prior to wake time, suggesting that if human circadian and sleep timing was in synchrony with the natural light-dark cycle, the circadian low point in brain arousal would move to before the end of the sleep episode, making it easier to awaken in the morning,” the researchers found.

Researchers also found that the participants' average light exposure increased more than four times during the week of only natural light.

Dr Nicole Lovato, a sleep expert and Postdoctoral Research Fellow at Flinders University, described the research as “a novel approach to research aimed understanding the basic physiological processes which govern our daily lives.”

“It confirms existing knowledge regarding the effect of light exposure on the circadian rhythm, or body clock, and its timing in humans,” said Dr Lovato, who was not involved in the study.

Dr Leon Lack, another sleep expert from Flinders University said the new study “confirms many anecdotal reports from patients who suffer from delayed sleep periods that the only time when they could get to sleep early and wake up early was while camping during the summer.”

The study “suggests that controlling light exposure (decreasing evening light levels, or filtering out the shorter wavelengths such as blue and green) and increasing morning light exposure would be sufficient to treat delayed sleep problems. This is a fairly common problem in adolescents and young adults,” said Dr Lack, who was also not involved in the study.

An outdoor lighting regime could temporarily correct the problems of delayed sleep phase, but it is likely these changes would be gradually lost, he said.

“This is likely to be due to those with delayed sleep phase disorder having longer period lengths of their circadian rhythms (24.8 hours instead of 24.3 hours). These people have a stronger tendency to delay with respect to our 24 hour world because their body clock ticks over more slowly.”

Hannah Valmadre, Editor, The Conversation
This article was originally published on The Conversation. Read the original article.
Posted by Bill Adler at 11:11 AM 3 comments

Are You a Midnight Clock Watcher?

Is it better to look at the clock when you wake up in the middle of the night or not know what time it is?

There are two diametrically opposed views on this subject. One group of sleepers must know what time it is. When these people wake up before their alarm signals morning, they have to look at their clock. Not knowing the time causes anxiety, which breeds more insomnia: Is it 6:25 AM? Do I have only 25 more minutes to slumber? Or is it 3:35 AM and I have nearly 3-1/2 hour of blissful coma remaining? There's a world of difference between waking up just a little before your alarm versus in the dead of night. Have I slept through my alarm? Some people have to know, because without that information the stress center of their brain goes into overdrive.

For others, ignorance is indeed bliss. Even a quick glance at the clock destroys the illusion of sleep. "It's 5 AM in the real world" summons the real world, which kills sleep. For people who don't want to look at the clock, it's important to maintain the illusion of sleep when they wake up. If you realize that you have 4 hours left, you might be happy. But if you see only one hour remaining, despair becomes your sleeping partner.

Which is better? To look at the clock or not? There's no scientific evidence that either is better. (There is a some anecdotal evidence that not looking at a clock helps you fall back asleep, but anecdotes are not science.) One blogger who changed from a clock watcher to a non-watcher writes, "It didn’t matter what time I woke up, I could tell myself that by not 'really' knowing the time, I had all the time in the world to sleep. There was no pressure of an impending wake up deadline. I became a happy sleeper."

Looking or not looking is a personal preference, with two but's. First, if you are a middle of the night clock looker, use a clock that doesn't use a blue-LED light, which can reduce your body's ability to produce melatonin, and make it harder to sleep. Second, if you're a midnight clock watcher because you're worried that you might have slept --or will sleep-- through your alarm, set two alarms, or use a wake up service. Worry --any kind of worry-- is a drag on sleep.

As with many sleep solutions, choose what works best for you.

According to the online magazine Life Extension, "The two main biomolecules that are involved in the production of normal sleep—the neurotransmitter serotonin and the hormone melatonin—are both naturally made from tryptophan in the body. That makes tryptophan a tremendously valuable supplement for those whose sleep is lacking in either quantity or quality."

(There's a very important asterisk for anyone thinking about taking tryptophan supplements, the University of Maryland Medical Center also points out: "Consumers should take this supplement with caution as it may adversely interact with certain antidepressants, including selective serotonin reuptake inhibitors (SSRIs), monoamine oxidase inhibitors (MAOIs), and others, and cause serious negative side effects. Serotonin Syndrome, for example, can be fatal.")

Now, to turkey. As everyone knows, a full turkey dinner makes you sleepy. It's the tryptophan in the turkey! But it's not. Somehow America's national gastro-economic rumor mill got filled with this idea, like a turkey stuffed on Thanksgiving. But in fact, turkey has no more tryptophan in it that any other poultry or meat product. Consuming tryptophan, an amino acid, along with other amino acids, of which there are plenty in turkey, diminishes tryptophan's effectiveness.

Turkey also has less tryptophan per serving that many nuts do.

For tryptophan to help you sleep, you need to take it alone, as a supplement, and not around the same time that you're ingesting protein-rich foods. The supplement, L-tryptophan was banned in the United States in 1991 after some 37 people consumed contaminated L-tryptophan and died from eosinophilia myalgia syndrome. The US Food and Drug Administration allowed the sale of L-tryptophan again in 2002.

So why do you get sleepy after Thanksgiving dinner? Maybe it's all that wine. Or because your Uncle Wally keeps telling the same story about how when he was a kid and baseball games were different.

Enjoy your turkey. Just don't count on it to put you to sleep.
Posted by Bill Adler at 11:53 PM 2 comments

Sleep Apnea is an Inherited Disease; Get Your Kids Checked

Most sufferers don't know it, but sleep apnea is an hereditary disorder. If you have sleep apnea, there's a one-in-four chance that some of your children will have it, according to Michael Decker, PhD, Registered Nurse, Registered Respiratory Therapist and Diplomate of the American Board of Sleep Medicine.

"This is what a lot of people don’t understand. Sleep apnea is an inherited disorder," says Decker, who is Associate Professor in the School of Nursing at The Frances Payne Bolton School of Nursing at Case Western Reserve University. He told Fleet Owner magazine: "Kids with sleep apnea have reduced academic performance. They don’t do well in school. They can become hyperactive. I often encourage a person who may have sleep apnea to get tested. Even if you may not want treatment yourself, your children may have this disorder, and they need treatment because it’s going to impact the rest of their life."

He adds that the latest research concludes that sleep apnea is a neuromuscular disease of the upper airway. Says Decker: "The part of the brain that controls the upper airway fails to work properly in people who have sleep apnea. They simply have less strength in their upper airway muscles. Many people have sleep apnea but the disease may not show itself unless there’s a trigger. That trigger, for instance, can be a change in weight or alcohol use."

Decker notes that while many doctors suspect sleep apnea based with an office visit and a questionnaire, it can only be properly diagnosed with monitors that check vital signs during sleep like blood oxygen levels, heart rate, blood pressure, etc. Until these tests are performed, however, many doctors give their at-risk patients – like truck drivers – a CPAP machine which can work immediately. "Is it worth putting that person and others around them at risk for six weeks on the road while a sleep study is scheduled, or do you go ahead and treat them right away and say you know this isn’t going to be perfect but it’s going to make you feel a lot better and keep you alert and possibly alive until we get you into the laboratory? The  answer often is 'yes.'"

While CPAP usage is common, it can be uncomfortable for many patients. "It’s very difficult for people to adapt to CPAP because it's blowing air into your face; it’s like having a vacuum cleaner running in reverse connected to a mask attached to your face. It’s very difficult to breathe against that. So many people are just unable to tolerate CPAP. They make an honest effort but they’re just not able to adapt to that high pressure in their face."

Fortunately, there are other remedies including oral appliances and implanted neurostimulators that 'ping' the upper airway muscles during sleep much as a heart pacemaker works. "You turn it on when you go to sleep, perhaps by passing a little magnet over your chest and that turns it on. They’re very effective. The secret is picking the right patient, because there are certain people it won’t work in and other for whom it works exceptionally well."